‘Melissa & Doug’ toys are beloved by so many children and parents. My children have enjoyed their toys and back in December when I posted my 2020 Holiday Gift Guide, of course a Melissa & Doug toy landed on the list. That’s why when I was given the opportunity to share with you an interview with Co-Founder Melissa Bernstein of Melissa & Doug about her new book LIFELINES: An Inspirational Journey from Profound Darkness to Radiant Light, I was so excited to do so.

When I picture a successful woman like Melissa whose toy empire, with her husband Doug is worth half a billion dollars, I imagine that she has the perfect life or at least something pretty close to it.  However, despite Melissa’s successful business, 28 year marriage, children, and beautiful home, she had a secret that she carried within her, it was her lifelong battle with severe depression and anxiety.

Mental health awareness is very important to me because I myself have had my own bout with anxiety and even situational depression at times throughout my life. And with depression and anxiety being at an all time high right now during this pandemic, I think stories like Melissa’s are very important to share, so I hope you all enjoy the interview.

1. From the outside, your life looks perfect: you started a business from scratch, used your creativity to design toys, and made hundreds of millions of dollars doing it. You’ve been married for 28 years, have 6 kids, 2 dogs, a cat, a beautiful house. Did the fear of shattering the image others have of you make it harder for you to seek help?

Anytime you open yourself up and let people see a truer you, it’s scary. But I think in many ways, the ability I have to shatter the image of outward “success” is actually a gift. On paper, I had everything you could ever want, but I was still miserable because I hadn’t accepted myself. At some point, the suffering becomes so great that you have to surrender. You have to say, I can no longer deny this despair, I have to dive in. I decided to reach out to one of my favorite podcasts, The Good Life Project, and share my story. I was terrified, but I also felt crazily, strangely empowered. After the episode aired, I received hundreds of letters saying things like ‘You spoke to me, this is exactly how I feel, you gave words to something I’ve been feeling my entire life.” I felt a lot of communion with all the people who wrote to me. I spent my entire life thinking that no one knew what I was going through, so this was really powerful. It took me 6 months, but I wrote back to every single person who wrote. It was a tremendously meaningful experience. That’s why I’ve included my personal email in every copy of this book—I want to have this conversation with anyone who wants to reach out.

2. What has this journey been like for you? And what made you want to support people dealing with mental health challenges?

For five decades of my life, I was racing outward, looking for success and validation. I was imprisoned by my own perfectionism. It was only as I got older, and the cry of my own soul to be seen and accepted got louder and louder, that I finally started my personal journey inward. It’s been the most incredible, profound experience, and I felt compelled to show others that path as well. If I could take my mental anguish and channel it in a way that gave my life meaning and made me want to get out of bed each day, then I knew deeply in my heart that others could do the same.

3. You talk in the book about the depression and anxiety you lived with even as a young child. Do you think those experiences gave you special insight as a toy designer?

Being a highly sensitive person has many not-so-positive aspects, but also allows me to be very attuned to people. I channel it into my verses, where I try to take really big things that are complicated and hard to understand into something very simple. I do that with toys, too. Toys had gotten very complicated, masked in bells and whistles, and I tried to distill them and make the experience of engaging with a toy and having it captivate your imagination the most powerful thing. Our toys are very straightforward; they’re not hard to understand. I always called them ‘low skill, high impact’, so that they would quickly engage a child in the beautiful experience of play.

4. How has your immediate family reacted to learning about the depth of your depression and anxiety?

This was a very deep secret that I hid from everyone, and until the dots started connecting, I didn’t even understand it myself. But when I opened up to my family about it, they were very understanding. I was worried about two of my daughters because I didn’t want them to see themselves in me and then think, “Oh, my gosh, I’m doomed.” But they were both really chill about it, which was incredibly freeing. They were like, “Okay, whatever, this is who you are…so are you going to drive me to my practice?” Nothing dramatically changed except that I could see a little more compassion in their eyes. I have many flaws as a parent, but my biggest is that I wasn’t able to fully give emotionally to my kids because I was so repressed. I gave with my actions but I never was able to express how I felt about them. And that was because my own emotional well was empty, which made it really hard to bestow that honest love on others. So I was happy that—and no excuse, I take full ownership of it—but it comforted me that my children could understand it had nothing to do with them.

5. What is your ultimate goal for LIFELINES—the book and the online hub? What does success look like for you?

I want those who are in darkness to know they aren’t alone. I want those folks who are truly struggling, who feel like there’s no meaning in their lives, to know that there is a group of people—a community—that sees them and accepts them as they truly are. We want to create a community that accepts people in their totality: in their ups and their downs, their good and their bad. People say you have to love yourself before you can love others, but I think it can work the other way too. If you have a community that fully accepts you, I think you can begin to find that acceptance within yourself.

6. How will your approach be different than some others who are trying to help people in the mental health space?

One of the words that best describes LifeLines is “duality”. In society today, we try so hard to show only the shiny side of life and make other people believe that everything has to be perfect. But being human is imperfect. And part of self-acceptance is recognizing that fact. Striving for an ideal you can never achieve leads to utter misery. We have to realize that every day is going to have its share of failures and mistakes, and that’s okay. I admire women who are brash and confident and ready to take on the world, but that’s not who I am. I’m an introvert and sometimes we lack a voice. Despite the personal success, I’m still the kind of person who’s terrified to go to a sporting event because I don’t like social interaction. I’m the woman who’s running with toilet paper stuck to her shoe and something in her teeth. This is all I got—take it or leave it! It took me 50 years to learn that was okay.

The only promise we will give the Lifelines community is that we will show you that you are not alone. We will support you without judgment. We can’t promise answers. All we can do is show you that there is light within you if you have the openness, curiosity, and self-awareness to take the journey inward. We will support you and offer resources and tools to remain steadfast in the face of everything life throws your way.

You can Pre-Order LifeLines HERE!

Title: LIFELINES: An Inspirational Journey from Profound Darkness to

LIFELINES is an unfiltered and authentic reckoning with how Melissa’s anxiety and depression—which started in childhood and continue to this day—have manifested and how she coped. Born of a desire to forge community, LIFELINES features Melissa’s story, as well as three of the “lifelines” that saved her: the rhyming verses that have been filling her head for decades (many of which became her mantras), her deep connection to nature (depicted throughout the book with awe-inspiring photography), and stories of how she wrangled her pain into positivity through the act of creating toys. Melissa is sharing her innermost experience and the lifelines that saved her because millions of Americans are struggling with mental health issues—now more than ever—and she believes her personal story can inspire and bring light to those shrouded in darkness.

The publication of LIFELINES also heralds the launch of LifeLines.com an online community, resource center, and content hub which Melissa and Doug Bernstein are developing and underwriting to offer support and authentic connection for those on their own journeys toward mindfulness and a sense of purpose and meaning.

Melissa Bernstein, along with her husband Doug, is the Co-Founder of the toy company Melissa & Doug, which has created over 5,000
children’s products and sold billions of dollars of toys since its inception. Raised by educators, Melissa and Doug started the business
in their garage in 1988, and they’ve been on a mission ever since to provide open-ended, inventive, non-technologically driven playthings for young children. Throughout Melissa’s remarkable career, she kept secret her lifelong battle with severe depression and anxiety. She reveals her struggles in LIFELINES, her first book, which she wrote to help others who are also suffering. Melissa’s book heralds the launch of LifeLines.com, an online ecosystem she and Doug are underwriting to support those seeking support, guidance, and community on their mental health journeys. Melissa lives in Connecticut with Doug and their six children.

Previous postTalking Politics Is Impolite At The Dinner Table. Should It Be Considered Impolite On Social Media Too?

Why It’s A Good Time To Sell Your Home 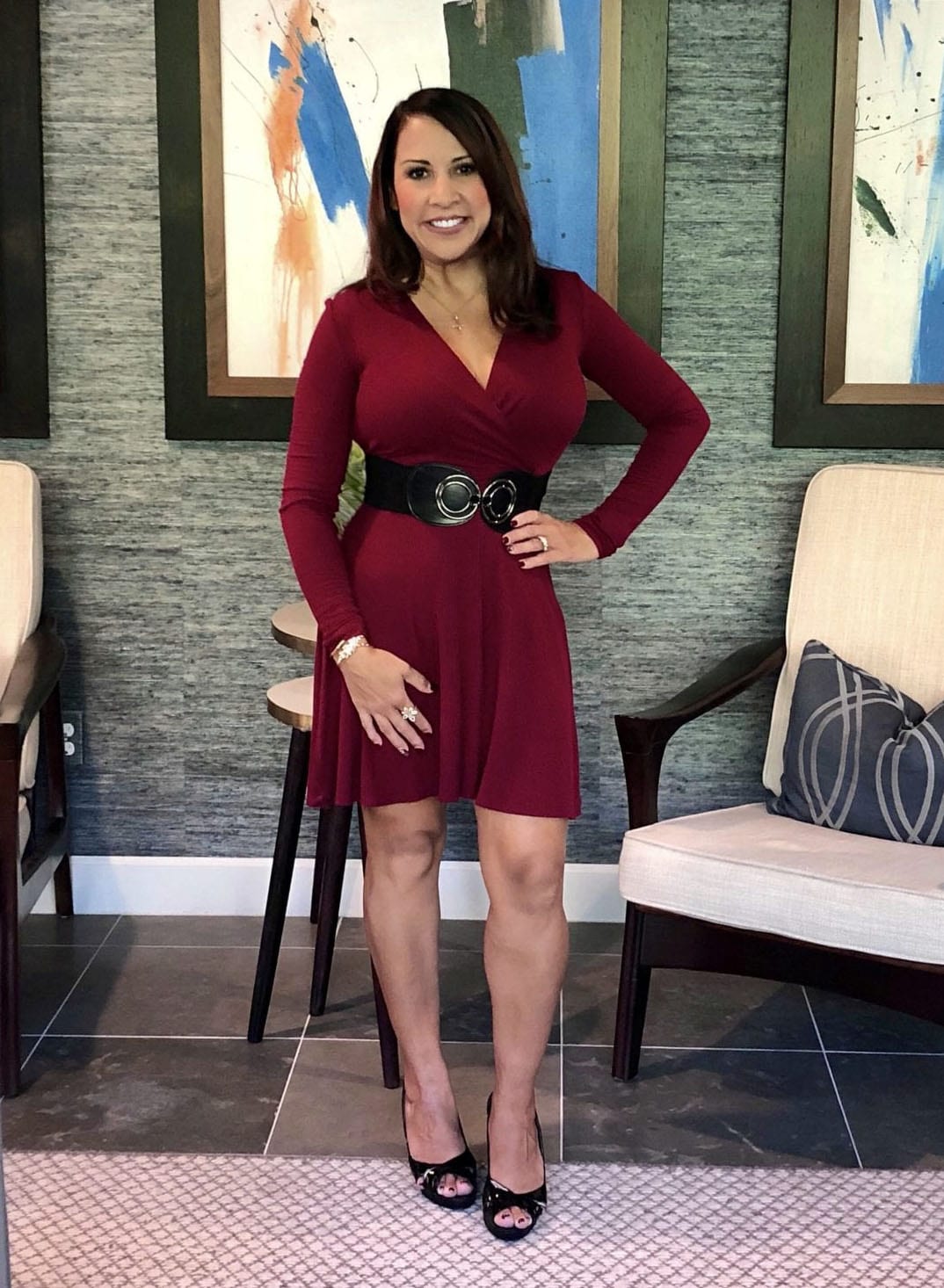